Since when is it possible to have multi cam capture with Media Express? Where is the facepalm emoji? 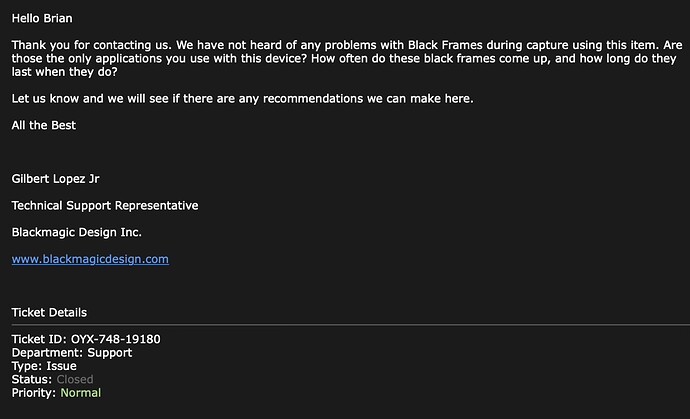 Since December last year, I try to get support on this.

And it exactly started with the same reply.

But this finally seems to be promising: 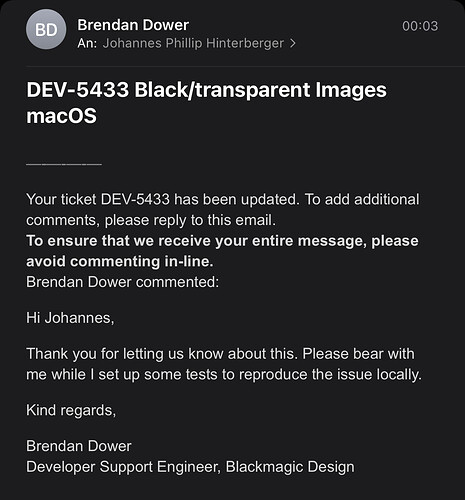 i thought macOS could only handle two BMD miniRecorders at a time? isn’t that the limit for mimoLive (or maybe it’s an M1 limit, i forget, and as i only have two miniRecorders i can’t test it!)

I used 6 Thunderbolt 3 Ultrastudio Recorders with an M1 Pro over the weekend.

Not an M1 Pro limitation.

The restriction was valid based on two aspects:

TB2-ports on former Macs were on shared busses.
Two or tree connectors (plus hdmi out), but only one bus. Now we have 1 bus and 1 connector. Additionally, TB2 was only 10gbit/s per bus (not per connector).

Si, nowadays we can have up to 40gbit/s per connector. 3G-devices are connected with up to 5gbit/s, so you can count up.

Amazing! It’s good to read. I had 2 transparent images, while startup. Since then, nothing strange happened. GPU usage decreased about 25%. CPU about 30%. I’m glad that it works now!

ers at a time? isn’t that the limit for mimoLive (or maybe it’s an M1 limit, i forget, and as i only have two miniRecorders i can’t test it!)

Was that on a MBP Pro or Studio M1 Pro, Brian? Love to know your specs. I’m still waiting by on a M1 mac mini with a piddling 8 GB of RAM. I was hoping a mac mini pro would come out at WWDC but not happening for now. So I might get a mac studio M1 pro or a MBP M1 pro… not sure what to do ATM, I have three Dell displays, one of them factory colour calibrated so temped to go for the studio box to save on the cost of the MBP display.