Hey guys 'n gals,
I consider to leave Blackmagic Design Capturing, so I asked myself for alternatives like USB-C-HDMI-capture-dongles, which allow a quality close to it. 4k/UHD, up to 60fps and 1080p60. I did lots of research, and I found tons of promises with lots of superlatives.

So I don’t know what to take.

My plan is to combine different types of capturing on the fly (different parts, on hubs) to be more flexible than with one or two DeckLink cards in Sonnet boxes. I want to build a more modular way with smaller components which are finally better upgradeable.

Please help me out. Can you recommend devices?

I have been using the Game Capture cards from Elgato (HD60 S+) for a while and they are very stable. Also have HDMI loop-through, which makes it easy to use in settings where there is need for getting in a single HDMI signal: HD60 S+ | elgato.com

It is really a pity that Magewell et.al. aren’t offering like a 4 channel HDMI/SDI to NDI|HX converter…

Thx for the tips, Elgato claimed at their faq, to have troubles with 60fps on some of their products on m1 devices. Currently, I have up to 8 HDMI-1080p30 and up to 4 UHDp30 simultaneously.

@Oliver_Boinx My fear is to lose one of the entire card and at the worst case 8 inputs the same time.

A comparison between BMD and a Dongle I already have. I don’t want to use dongles, which suck in quality. Same Camera, same light situation, just BMD vs. Dongle: 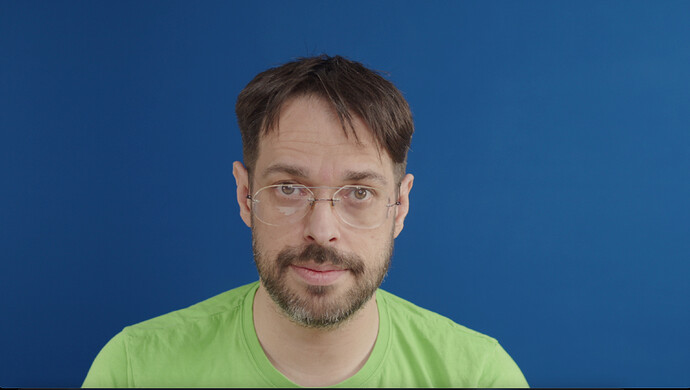 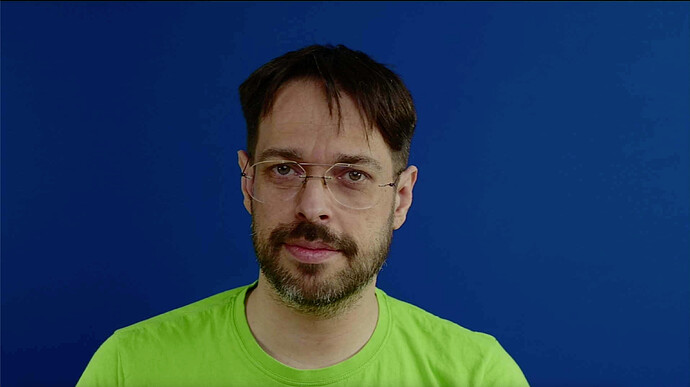 This product, all can avoid: 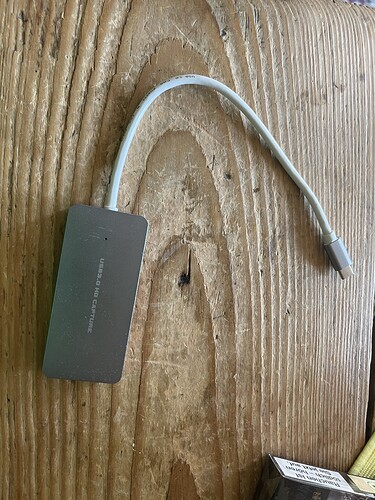 I am also ditching bmd decklink. Too unstable.
Aja utaps also have sporadic freezes when 2 are connected.

I was looking at Aja io x3.

Hi @Art_Aldrich What about NDI? Would that be an option?

Hard to argue against NDI encoders. Ethernet is a universal interface, unlike the various others over the past decades: FireWire 800, Thunderbolt 2, now Thunderbolt 3, etc. If you took a poll and asked people, “Which interface are you still going to be using in the year 2030? Ethernet or Thunderbolt?” I think 100% of people would say, “Ethernet.” And, since all of these NDI encoders require no drivers to work on a computer, only Ethernet, they are future-proof, up to the extent that the NDI SDK for software continues to be available and accessible anyway. NDI encoders make a lot more sense, unless you must have uncompressed inputs for some reason. Maybe you do. But, many, many, many people do not. And, so, I would say that future-proofing is the best argument in favor of NDI vs anything with a Thunderbolt connector.

I have a pair of magewell SDI to NDI encoders as well as NDI to SDI encoder. Both work great. I am a little concerned about bandwidth on a 1Gb switch. typically 4 inputs and 2 outputs.

Although I just bought the 12 port Netgear 4250 with supports 2.5Gb which also matches spec with new CalDigit TS4 dock.

At the end of the day SDI is still my preferred transport mechanism for Multicam shows.

Plus I would rather have something rack-able then a bunch of stand alone encoders although the AJA Bridge NDI does resolve that problem albeit at $$$.

The AJA Bridge is interesting, but because it’s full NDI at 150-350 Mbps per channel, it requires a high performance network.

I’ve suggested 4 or 8 channel NDI|HX converters for migration to several vendors of NDI converters, but they pointed out that the conversion is most useful if it happens at the camera end, replacing the SDI cables with Ethernet. I can sort of see that point, but I also agree that a rack mountable HDMI/SDI to NDI|HX multichannel would be great at this point.

I do not use your software. I just follow this forum because it’s great. I work in filmmaking. I would love if the Birddog Quad was reliable. But, it’s not! Re: NDI HX, my issue is that most of the encoders look quite bad, much like the “dongle” photos shown above. The TBS encoders crunch blacks like that photo above. And, the Kiloview S2 I previously owned, and analyzed the SRT stream of on a Manzanita Stream Transport Analyzer software, Dectec Stream Xpert, and Telestream Switch Pro showed so many appalling underlying defects that I could not believe it. I would never buy and use a Kiloview encoder after what I saw that day! And, so I am quite skeptical of ANY NDI HX encoder at this point, since the companies making them are all kinda third-tier. And, for full-bandwidth NDI, only the Magewell ones seem to be worth buying, in my experience of owning Birddog, Magewell, and Kiloview encoders. I really wish the 10-bit Birddog Quad would be “the one” but it’s not. Magewell comes closest, tbh. One side-note. For one part of my R&D workflows, at work, I am using (6) Blackmagic UltraStudio 3G Recorders with (2) OWC Thunderbolt 4 hubs. Works great! Using these things to record a bunch of sources for later review. Science-y kinda stuff. R&D work. If you need a bunch of cheap inputs, that’s one way to do it. I got them for $55 each on Amazon warehouse deals. By the time I added the 2 hubs, and 6 cables, I was at around $850 with tax for 6 SDI inputs and 6 HDMI inputs (mix and match, up to 6 at a time).

I can’t post a response to Jo Phi below, because new users are limited to 3 posts per thread. So, I will post my response here: the OWC Thunderbolt Hub is based on a different chipset than their previous products, because it’s a Hub, not a Dock. But, you don’t have to get OWC. You could use any 4-port Thunderbolt Hub on the market, as they all use the same chipset. 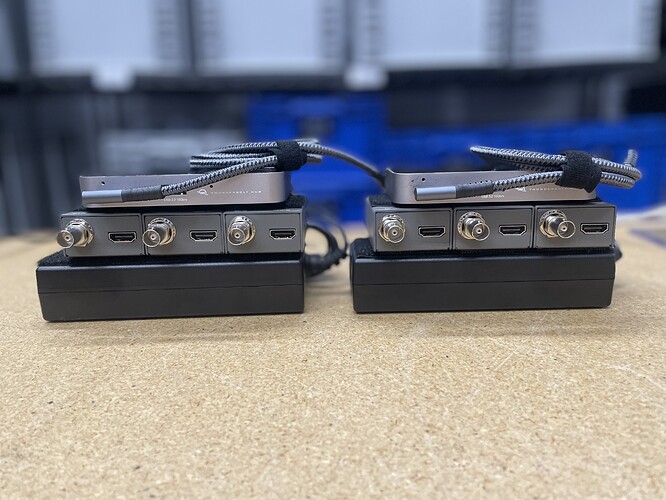 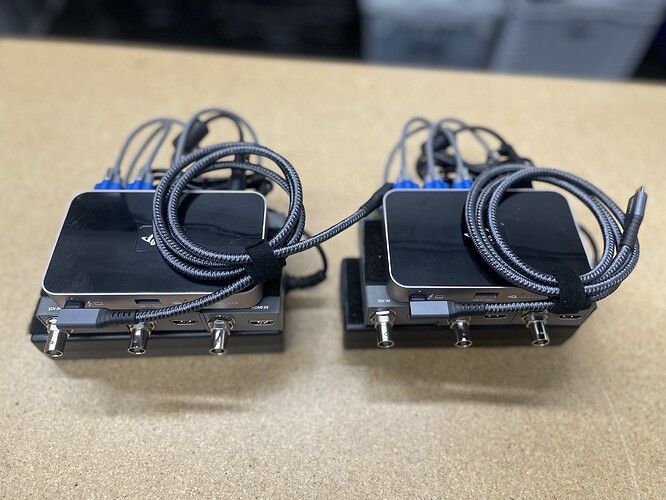 Maybe I got something wrong, but since when is OWC and BMD compatible? None of my BMD devices works on OWC TB devices.

I use exactly the same model. Maybe something changed between now and then.

This may be irrelevant information, but I do know that Blackmagic Desktop Video is updated often. And, in the installation instructions, they advise to uninstall previous versions, before installing the latest version. So, if it doesn’t work right away, try that, I suppose. It’s also possible that the Decklink Mini Recorder PCIe Capture Card, and other Decklink cards, use more PCIe lanes than the Thunderbolt UltraStudio 3G Recorder and therefore don’t work properly when in an external chassis THAT IS ALSO CONNECTED TO a Thunderbolt hub. I don’t know. I haven’t tried that. But, I can confirm that 6 of the Thunderbolt-based Ultrastudio 3G Recorders connected to 2 OWC Thunderbolt hubs, connected to a 14" M1 Pro 10CPU, 16GPU, 16GB system works well, for me anyway. Hope it works out!

A more interesting question is: how far can one take this concept? Could an M1 Pro or Max MacBook Pro support up to 9 inputs this way? What about the M1 Ultra Mac Studio? 18 inputs? Who knows!

Hi @Brian_Wells Thanks for sharing your setup. Very interesting!

In lack of devices, I’m not able to tell you how far you can drive this. But I’m also very interested in!! And it’s in the sceme of modular way I dreamed of!! <3 <3 <3

BTW: DeckLink currently has issues on M1-max. I cannot say anything about -pro or -ultra devices, but I get suddently some black images.

Edit: I also get black images, with OWC.

Ah bummer. I was worried you would say that. Indeed, I, too, have an occasional black flash frame on one of the six HDMI 1080p59.94 inputs (only one at-a-time) with software that is not MimoLive, on 14” MBP. And, now you’ve confirmed the same in MimoLive. So, it appears to be a hardware issue. Let’s hope it gets fixed someday. Not sure where to go for support on something like that, besides Blackmagic, I guess. And, they’ve never really been known to have ANY support. So, going full circle now: Magewell ProConvert for the # of sources you have. Best,

Do you also have playout over SDI? Does it change when you configure SMPTE B do A? (Desktop Video Configuration).

I have never tried any Playout. However, I do own a Blackmagic UltraStudio Monitor 3G that is unopened in a box. So, perhaps I could open that sometime and check for you. Gimme a few days…