Hello my friends,
sometimes we have to cough. And sometimes we forget to turn on the audio again. A show like an aquarium isn’t fun. At least not for us, who spent hours and hours into a production. So, here it is: A WATCHDOG: 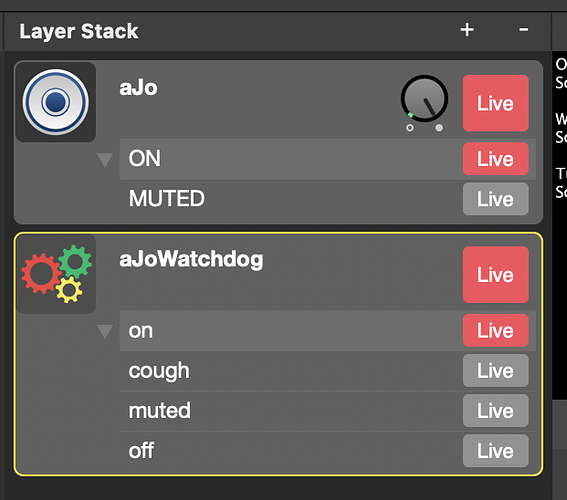 Then, at the control surface, I use the scripts instead of the audio-layer-variants:

Simply use the API-Endpoints for turning on/off the layer variants. 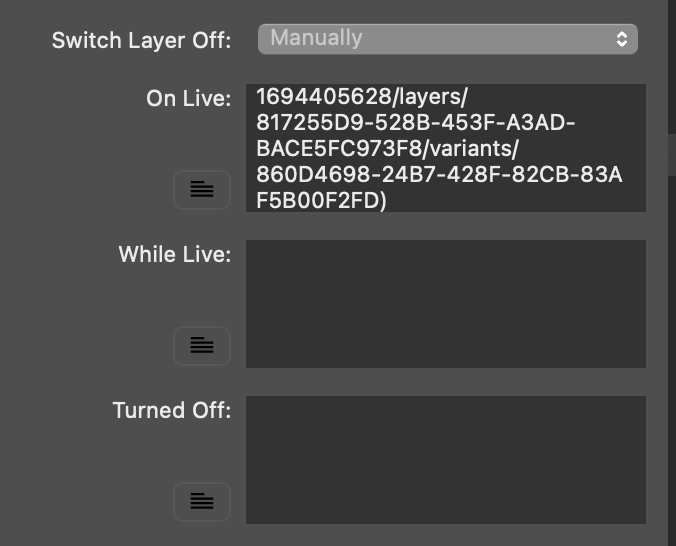 This variant is special. The same as with “mute”, first I activate the muted layer variant of the audio layer. Afterwards the script waits a bit. And finally, the script switches back to the layer-variant “on” inside the script layer.

You can use this watchdog to control lots in mimoLive. I think it’s one of the basic techniques you should know. At the control surface, you can provide a cough-button and the host does not have to turn audio on again. Make sure, that the host is not able to turn the automation buttons “off”, so never use “toggle”.

Enhancements:
Switch the video to a fallback (simultaneously, by using LayerSets)

What do you think about this technique? How could you make use of it? Are there any questions? Let me know it in the comments!

Brilliant idea as always Johannes. I’ll try out your script. Thank you for sharing.

Automation combined with layer sets and control surfaces can be so powerful.

Your second image reminds me that I have not really got my head around the three states of automation.

On Live. While Live. Turned Off.

The three parts are:

Thank you very much for your feedback.

Interesting, that’s mostly how I expected. I suppose I’m just not sure how that would be applied to a use case.

My automations generally only use the On Live step. Run through their steps and turn off.

Imagine this, @hutchinson.james_boi :
Your automation should bring several pip-windows into the screen. While live, they should move around and on switching off, everything should vanish from screen.

at the in-transition you could trigger on some cases. (what audios are on, what images should be inside the image). While live-status the images should move around (a pattern or enlarge this/shrink that…) and finally everything should be pushed outside.

You should try it.