Why can't I have a fadeout lasting more than 1 sec?

Well, I can, but I can’t get it to fade to the point where the music kicks in again on the beat. The first screenshot shows the 1 sec fade that ends on a red marker just prior to the beat. If I extend the duration of the fade to say 2 sec. the second second has gone past the marker, so the strong sound can be heard during the fade. See second screenshot.
Very frustrating for a former radio producer who knows about splicing audio tape and creating fades at the control desk! 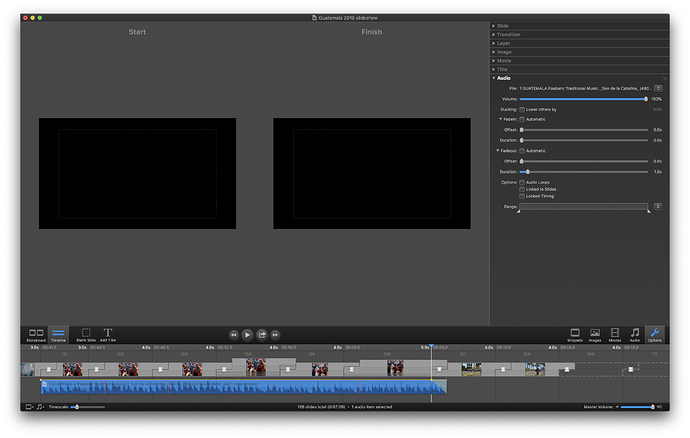 Here is another example that is even more frustrating. I want to have a slow fade out of the music during the closing credits, but again I am restricted to 1 sec. Moving the duration slider to the right, changing the number in the box from 1 to another higher than that, or moving the yellow dot on the timeline to the left — none of these has any effect.
I should add that the fade IN duration can be customised with no problems? So is this a bug? 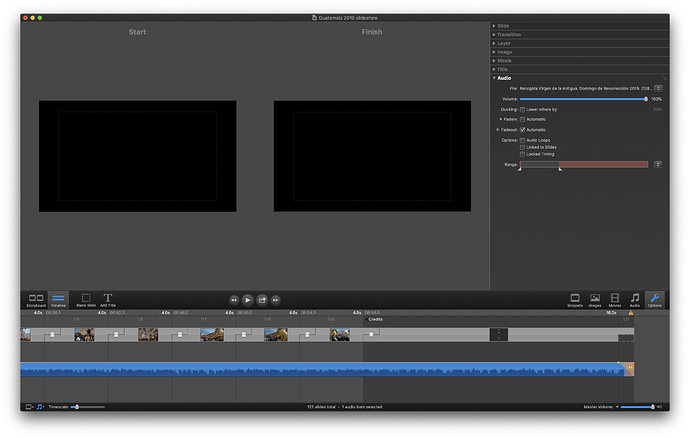 I have been informed that I should turn off the audio markers and that made things a lot easier. However, Tech Support tell me that it is not technically possible to have a fade-in or fade-out that lasts the length of more than one slide. I believe this is a downside to the software and have asked them to consider rectifying it in a future update.

Again, to answer my own query (this forum sure is quiet!):
Tech Support have told me of a work-round for longer fades using what they call Volume Envelopes. I managed to get more or less what I wanted that way.