Wouldn’t it be nice to have a mimoNDI app for the AppleTV OS?

Just imagine being able to have Apple TVs hooked up to 10 different monitors on 10 different rooms (on local gigabit network) displaying the same video and audio signal via NDI. Then mimoLive could output an NDI signal (with audio) that would be available to those monitors (TV sets).

Expensive hardware options do exist, but having an App would be better and MUCH cheaper if they already own the AppleTVs.

Same could be done for Roku or other devices if possible.

@macmaxpr Thanks for the suggestion. The app is basically done. But the current NDI SDK doesn’t support decoding on iOS/tvOS. Once that is available, we’ll certainly make that app.

That def would be a nice one. @Oliver_Boinx, is there any progress on the NDI SDK to make this possible?

There is already an app for this, but it’s quite expensive.

I’m all for paying developers, but this is quite expensive for the limited functionality. Once combined with the price of a 4th gen Apple TV, it’s worth looking at dedicated solutions … 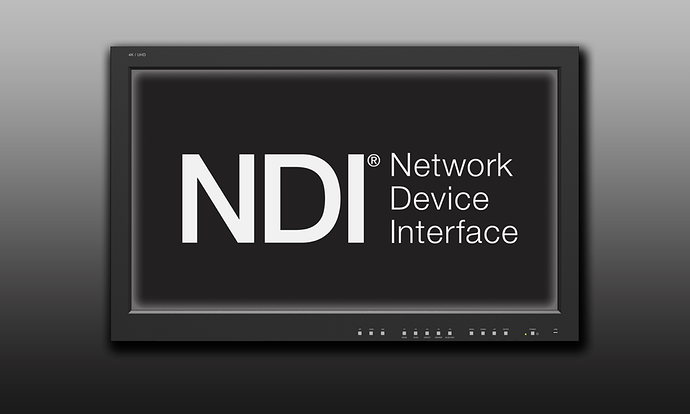 The release of the app from Sienna was basically why we have suspended developing the Apple TV NDI monitor app for now. There isn’t much value we can add beyond what this app does.

When you consider the price, you need to consider that a school, church or hotel could purchase just once to deploy to dozens or hundreds of Apple TVs and that this is a pretty small niche.