At beginning, I had a fluid email feedback with you, but lately, no got any answers.
I know that my license is an private one, and maybe you’r so busy, but as older beta tester I would like have more attention

1.- What about a Nocturn Layer? I bought the device as your suggestion to use it in the old Boinx TV, but now it is forgotten and I have a $200 paperweight which in deed, worked very well.

2.- Any improve in the render machine? I have, as many others, a classic Mac Pro.
It is an Xeon 6 core and 32gb ram computer running El Capitan.
I know you tell me that 10.11 have a bug, but no one has give a deepest explanation.
This machine doesn’t have and h264 chip, so, all the render task is over the CPU.
It is out there many ways to assign this task to the GPU like as other mac apps does.
I have a powerful 4gb GTX980 which have very low task when is Mimolive working.
I still stucked into 2.6.4, which is the Mimolive version who better perform for me.
With latest version, I got stutter image and visible drop frames.
I tried as suggestion yours an OSX upgrade to Sierra and Mimolive latest version, but the problem is worse, even with 2.6.4, so I rolled back, and that was when our feedback gone

3.- Now a tech question, when I use the BM sdi playout:
Who is in charge to the render? CPU? GPU? BM hardware?
It is there a way to have lower latency as the GPU output with the SDI playout?

@JMVBMW I’m sorry to hear that your emails haven’t been answered. I can assure you that was not intentional. Of course, I will also be happy to answer your questions here.

1.- What about a Nocturn Layer?

To be honest, this isn’t at the top of our priority list. It is not a good idea to have several different switcher layers for different cameras and/or controllers. The switcher is long due for an overhaul and we are taking the first steps.

2.- Any improve in the render machine?

We’re constantly working on improving the render engine. However, we can’t fix old releases so you won’t see any of that if you stick to 2.6.4

Of course, I understand that you are reluctant to upgrade since you seem to have experienced some issues, but I can only encourage you to try again to upgrade to Sierra and 3.0b1 which is currently the best performing release. (It contains specific changes to help restore the SDI playout)

We also use a Mac Pro such as you describe and it works very well for us. If you can send us the document you are experiencing performance issues with, we’ll be happy to take a look.

The h.264 encoding issue is well known and very unfortunate. Again, we’re working on a solution, but it is difficult to make the right call. Apple promises a big improvement in High Sierra with the move to HEVC. This makes us wonder if it is worth the effort to implement a better software h.264 encoding solution. This isn’t made easier by the fact that it is both an engineering challenge and a user experience challenge to move to x264.

3.- Now a tech question, when I use the BM sdi playout: Who is in charge to the render? CPU? GPU? BM hardware?

The layer stack is always rendered in the GPU. mimoLive offloads a lot of tasks such as decoding video signals to the OS which in turn hands it over to the hardware drivers. Normally, those tasks the CPU has to perform are quite trivial and the Macs are well able to handle this.

In the specific case of the BM SDI Playout, mimoLive renders each frame in the GPU and hands it off to the BMD driver to send to the hardware device.

I hope this helps. To find out what went wrong with your emails: What email address did you send them to?

Thank you for answer me

All my emails went to achim at boinx.com

In my last email you can see a video sample of my machine working with OSX Sierra and a 1 camera video source layer and visible drops and stutter.
Forgot to say that I also have an SSD drive in my Macpro

Another tech question:
If I have the Mimolive full screen out assigned to an graphic card output, I have a render task, right?
If I also do a recording, I have a second render task?
And with streaming a third one?
And with sdi playout a four one?
And with Syphon a five one?

Can one render task (EX: full screen) be somehow splitted to other apps in order to not overrun the cpu rendering the same task over and over?

@JMVBMW Hi Jose, sorry for my delay in responds.

Regarding your movie sample with the stuttering: This demonstrates well whats happening. Please can you make a “Process Sample” with the Activity Monitor app by Apple of mimoLive while its stutters? This may give us a hint what part of mimoLive is causing the stuttering on your machine. I totally understand that you can’t switch back and forth between macOS variants instantly. Do you have the chance to install mimoLive on a second machine?

In mimoLive we have a single rendering pipeline. The final image is handled to various outputs. Each output handles this frame differently: E.g. the Fullscreen output just blits the pixels on the screen this shouldn’t cause any CPU usage because this all happens in the graphic card (if you have two graphics cards and each drives a different display, then it may happen that the output frame need to be copied from on graphics card to the other). This applies to the Syphon frame sharing too: The Syphon magic happens in the graphics card and should be effortless.

On the other hand in order to be able to stream the output the frame to the internet, record it to disc, use it for SDI or NDI playout, the frame needs to be downloaded to CPU memory to be compressed and send out to the final destination.

So its depending what you set up looks like how much CPU performance it cost.

mimoLive is highly threaded which means it is already split into several “applications” that work side by side (you can monitor the “Threads” count with the Activity Monitor app: Each of those threads can potentially run on its own hardware CPU. Which thread runs on which CPU is handled by the Kernel. If you look in the “Process Sample” of mimoLive you can see each of the processes doing their own jobs). So the more CPUs you have in your Mac the better mimoLive should run.

I hope this inside helps you to understand the problem from a technical perspective.

It is possible that the Video switcher preview windows have 2 abilities?

1.- The maximized preview windows be static, I mean, if I click in other layer, the window remain with the switcher info?

2.- It is possible that the window have another variant with more information, like the other physical swithers? 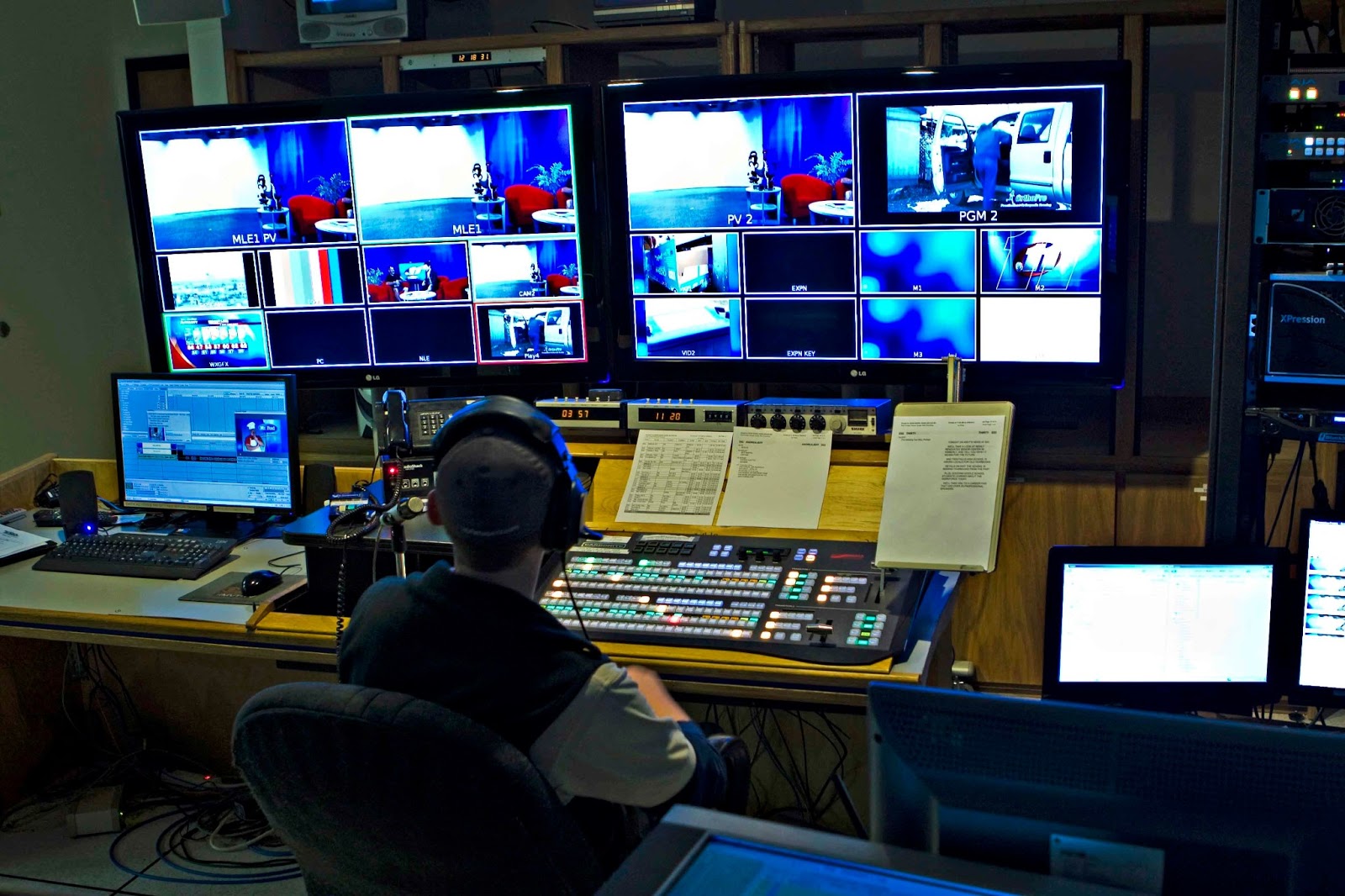 @JMVBMW We are thinking of an option to replace the “Program out” with a configurable multi view. Would this make sense to you?

@“Achim (Boinx)” and what happens with the current program out? this is thought to use together with the sdi playout, removing the possibility to out the program by the video card out?
Any E.T.A.?

Sorry for my misleading statement: We want to add an option that let you exchange the current Program Out View in the mimoLive document window with a multi view. The other output options (like Full Screen Playout or SDI output) are not affected. No ETA thought.

This is an interesting thread.

We are experiencing similar issues regularly with image stuttering. Image is fine and then for about 30 seconds it stutters like a poor internet connection video.

The main machine running MimoLive: 2.9.3 is:

In general it works.

During a broadcast we can see in the preview window from time to time a stuttering of the image. The streaming source reflects this but doesn’t have any warnings.

Also, the newscrawl layer stutters along on most occasions, not smooth.

Many times I have to take the recoding and re-edit it in FCPX with the raw footage from the cameras to hand over a 1080p copy to the client for their needs. So doubling my workload and time.

A document can have about 10 layers, many of them being switched on and off at times.

We bought a BMD UltraStudio HD Mini connected to a Mini Monitor to offload the recording to see if it makes a different on resources.

We also bought a new MacBook Pro (touch) to see if the hardware would make a difference. But alas it can happen on that machine too.

It’s a real gamble whether it happens or not during a live event, and more that likely it happens.

Would love to get to the bottom of this.

@ColinMulcahy I’m sorry you experience these problems. Can you please try 3.0b2 and let us know if it is fixed? We believe we’ve addressed part of this issue with that release.

Just thinking ahead, will the new file system in High Sierra have any performance improvements or MimoLive?

Also, with High Sierra comes the ability to add an external GPU? Would this have any performance gains for MimoLive? Does MimoLive use GPU’s at all or is it all CPU’s?

What would be great is a list of items that would show up in activity monitor to track performance and give feedback.

Thanks again for replying.