Discovered a new problem when using snippets:
As soon as you zoom into the used image, overlapping frames become visible, which you can also see when you play the show 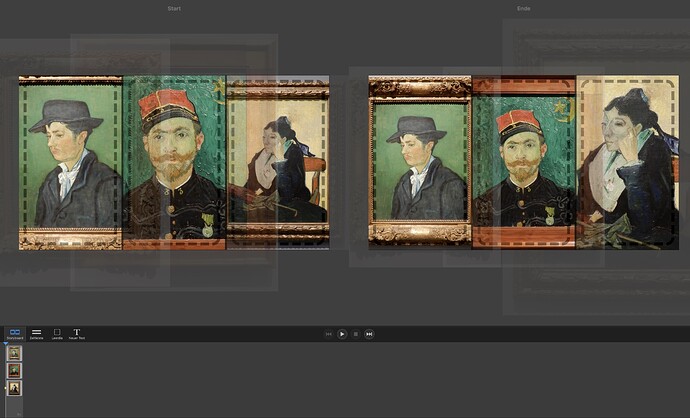 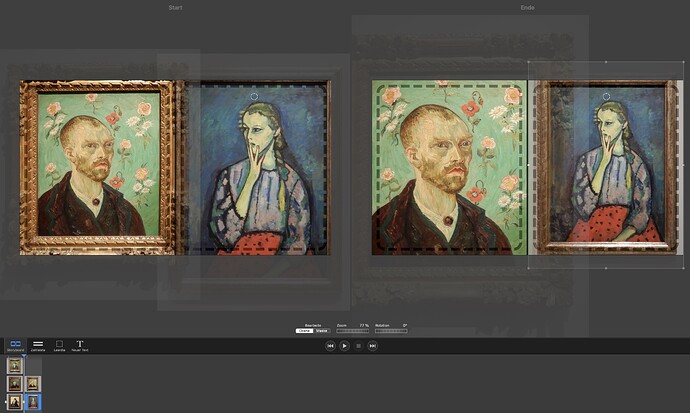 Hi, willyman – I wasn’t sure which 2x2 snippet you were using, so I tried each of two that I have. One is “2x2 grid” and the other is “2x2 zooming” and they both worked. Well, sorta. At least there wasn’t any overlap that you show in your screen grab. The “2x2 grid” worked fine (when dragged into the storyboard it takes up ONE slide with 4 layers, and each layer zooms a little, but there is no “overlap” of images). Using the “2x2 zooming” snippet, it creates THIRTEEN slides, each with 4 layers. It’s an extremely “choppy” presentation with quick zooms in and out of each layer, but again there is no “overlap” of images when it finishes. Looks like both the opacity AND mask settings are each contributing to what appears to be an overlap. If each of the 4 has a mask setting, then there shouldn’t be any part of the image that falls outside of the placeholders. Hmmmm???

Hi Stantastic
a possible reason why you can’t reproduce some of my detected errors could be that I had temporarily opened the image show with FM5.x e.g. to delete unlocked elements?

I already found several times an incompatibility between the two versions especially with texts.