Unless I am much mistaken, it’s not possible to fade in waypoints during the course of an animated map slide unless they are part of a route. The only workaround I can see would be to split it into two slides with an invisible cut. Anyway, I’d like to suggest this as a feature in a future upgrade. 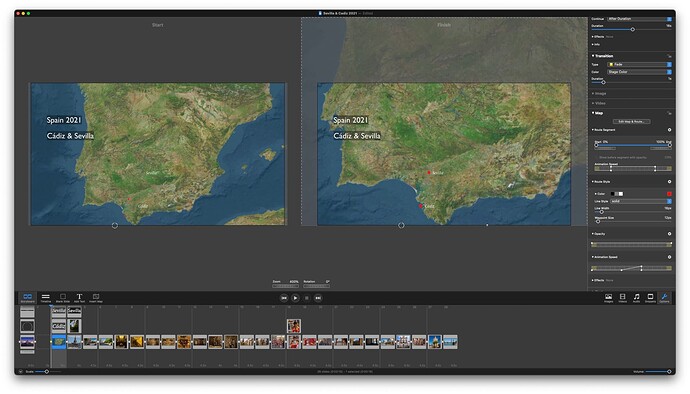 Thanks for that. I have downloaded the beta. It would be nice if it addressed my issue!

Sadly, the beta kept crashing on me, so I was advised to go back to the release version (I don’t think it incorporated what I wanted anyway)
I am now trying to do it by having two separate slides, but I am unable to copy and paste the end point of the zoom from one map to the next to effect an invisible dissolve. Doing it by guesswork results in a blur. Copying and pasting just copies the start of the zoom if I then disable zoom in the second one.
I hope that is clear! Enough! 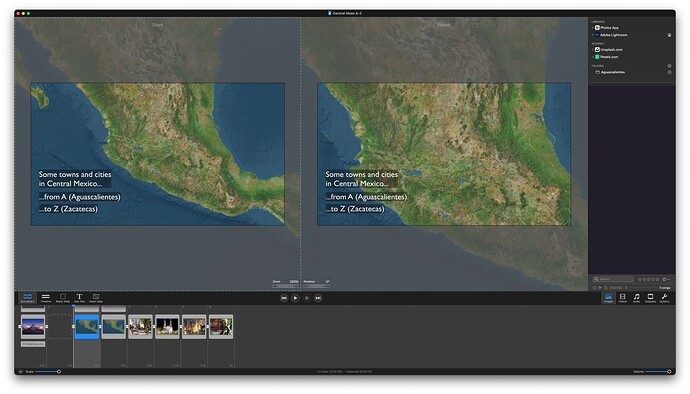 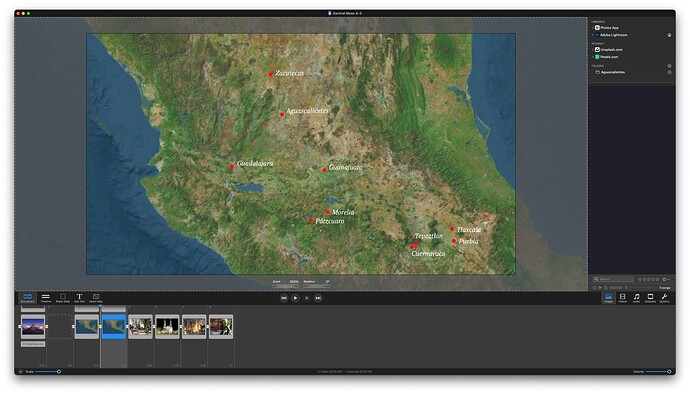 I have come up with a solution
1 Copy the first map and paste it into a blank screen.
2 Copy Geometry from the zoomed in point to the zoomed out point, so they are both the same
3 Deselect animation.

If anyone has a better solution I’d be glad to hear it. Otherwise, I hope this helps others.

Just an observation – if you add a route to a map layer that animates, and then you copy and paste the ending geometry from that slide to the next slide and disable animation (as you described in your steps), that route will STILL animate on the single slide using the zoomed in finish map from the previous slide. The map won’t zoom (because animation is turned off), but the route animation still takes place. You have to go into the Map options to dink with the settings (for example, set the line width to 0 pixels).

If you’re just doing what Londinense is describing, with labels and such and NO ROUTE, then it works as expected.

I have asked Support to request devs set a new Preference for default slide duration. Hope others will do the same. And maybe someone from Boinx will see this too and act upon it!

Oliver seems to monitor a lot of the forum posts, so odds are someone will be notified. If it’s doable and justifiable, they will usually add it in (eventually).

Support are saying it’s not possible, because 5s is the minimum length for a slide! Haha!

Huh??? I’m able to set a time of 0.01s in the duration field and have images flip by so fast I can barely make sense of them. FIVE SECONDS IS DEFINITELY NOT THE MINIMUM! Who in support said that? I mean, even their sample/demo shows have duration times of less than 5s.

Someone called Nader. Is it a call centre person in India I wonder? Given he/she doesn’t seem very familiar. This was supposedly following contact with someone from the development tea. I hope this can also be taken up with your contacts higher oil the company! Thanks for your attention.

I sent a private message off to both Oliver and Peter.