Hey Fellow Mimo’ers. I dabble in programming (HTML, Swift, etc.) and I’m just starting to acquaint myself with Quartz Composer. However, without any tutorials out there, I’m at a loss at trying my hand at custom layer development. A video, a series of tutorials…anything that might show me by example how the patches and “noodles” correspond with the effects I’m looking to build would be so helpful (especially during these trying times of self quarantine. Anyone with the knowledge interested in forming a forum or Facebook group to spread the word???

Thanks in advance all…

But not on Facebook … perhaps Boinx can give us a topic here?

Great idea! There already is a forum category for this: https://forum.boinx.com/c/mimolive/mimolive-custom-layers/32

It was called something else which was a bit misleading so I renamed it. Looking forward to meeting you there!

We’re usually pretty excited about users making their own layers and do what we can to support you. But currently there are a couple of extremely urgent things on our plate and we’re completely overwhelmed. So, please be patient.

wobbly…do you have any QC experience?

Brrrrrr, every time I open this Quartz Composer, it’s the same feeling as if I would have knitting needles in my hands. There is an old “origami”-Plugin (by facebook) out there… Just in case, if that crap is crashing all the time… use it for stabilization. 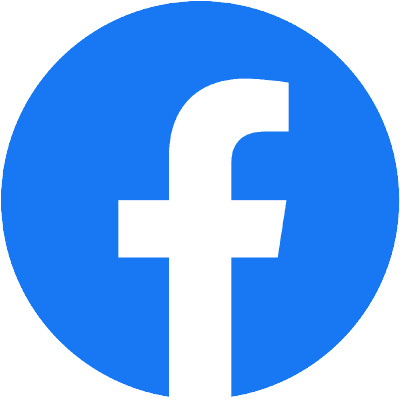 Hi Oliver, what is the plan to move away from Quartz Composer given Apple is moving away from it?
Taken from the macOS Catalina Release Notes;
"Quartz Composer
Deprecations

There is definitely interest on our side, but there are a number of tech support request in the pipeline we’d like to get to first!

Have you tried this?

mimoLive can be customized by adding new layers. The real power of layers lies in the fact that they are actually made with a MacOS X technology called Quartz Composer. Almost anything is possible with Quartz Compositions. You can create interactive...

Hi Scott I had learnt QC quite well before I tried to make custom layers. It’s actually great fun, but tonnes of gotchas for a novice. I would try and learn QC on it’s own for a while first to get the concepts down. Kineme.net is a goldmine of past travellers on the QC road. Tonnes of sample code and Q&As in their forum. Also the offical Apple documentation — if it still exists anywhere — was first class.

I learnt QC as a novice programmer who hadn’t coded since school in the days of Apple ][s and Basic, Fortran and Pascal, it actually got me interested in coding again because it’s like a synthesiser but for video/images/audio, it’s very cool and a shame Apple stopped developing it several years before they depreciated it. Many of the programmers in the QC team apparently went over to FB to work on Origami which has many improvements for certain types of tasks (UI design is its purpose).

Hey @everyone We’re going to host a “Create Your Own mimoLive Layer MasterClass” on Friday, May 15th at 9am Pacific. https://us02web.zoom.us/j/83385186584?pwd=OCtzY2hTM1RxRnlUOXVZY0grVTB3dz09

Achim will walk you through creating your own mimoLive Layer in Quartz Composer. If you want to play along, please install Xcode, Quartz Composer and the Lua Patch (https://docs.mimo.live/docs/custom-layers#pre-requisitions) in preparation for this class.

Can you record the session and and send it to us after because thats 2am Australian time.

Yep, Australian Eastern Standard Time here too, @Steven_Kilpatrick. I’ve coded lots of bonixTV/mimoLive layers in QC in the past, but it’s been a few years so a refresher course in the protocols for mimoLive would be helpful for me

It would also be nice to know what you replacement plans are for Quartz Composer given Apple has dropped it.

Did the session get recorded and put online for viewing? I wasn’t able to make it on Friday but would love to watch it when I can.

We’re working on that.

Recording of the Masterclass is now available: https://www.youtube.com/watch?v=JudWtmnDTbE