I use subtitles in many projects. If i add a video effect, the scaliness also go across subtitles. It would be great and more practical if we could add these effects only to layers, not the entire slide.

No idea if this is the case, but don’t layers work like they do in any other app? In other words, each layer only effects the layers below it. Try moving the titles so that they are above the effects layer.

I tried that. Does not help. It affects all layers. Makes no sense.

Well, it sorta makes sense – because it’s in the Slide subsection, not the Image subsection

So when you apply the video effect (like Film or Video) it applies to the entire slide.

Obviously there is no way to apply those specific effects to a particular layer in the current beta version. Since you’ve posted it here in Feature Requests, I’m sure Peter will consider it, but no guarantee it will be implemented in the released version. Guess we’ll wait and see…

Are you referring to v6b? I can’t see any Effects options in v5. However, in 6b I can certainly apply an effect to the movie without it effecting the titles layer. Here, for example, I set the mp4 file to B&W, but the title remains red: 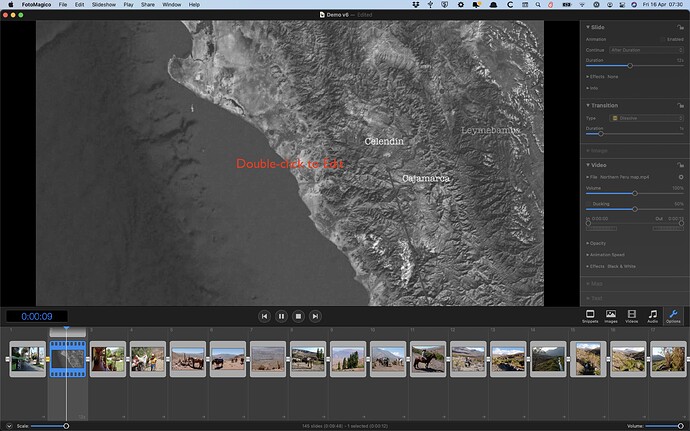 I could be wrong, but I think the OP is applying a video effect under the Slide submenu, but wants to apply it to a specific layer within the slide (being a static image), not applying it to an imported video clip which is what you’re displaying (and showing the use of the Effects options under the Video submenu). For example, under the Slide options you can apply a “Film” (or a “Video”) effect which adds that old scratchy look. In that case even title layers are affected. There is a difference.

If using subtitles or text graphics, all the new slide effects in Beta 6 are useless if you cannot separate the layers. For example, I added film and video effects, and placed my text layer at the top and locked it. Still it has the effects all over it.
Below, see my slide. These are all individual layers of still photos. 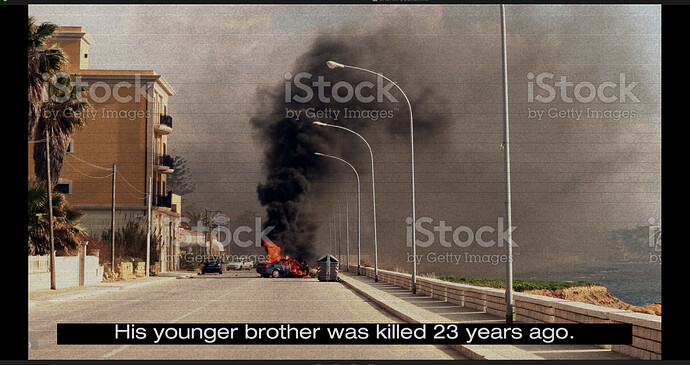