It’s annoying. And I recall it was the case in v5 as well. But is it not possible to move the storyboard in such a way that one is not always dragging new images at the extreme edge of the screen. After dropping, I then have to move the storyboard forward to empty up the space, and if I am not careful I swipe into the next app when in fullscreen view. It’s tiring on the eye as well as the fingers. Thoughts? 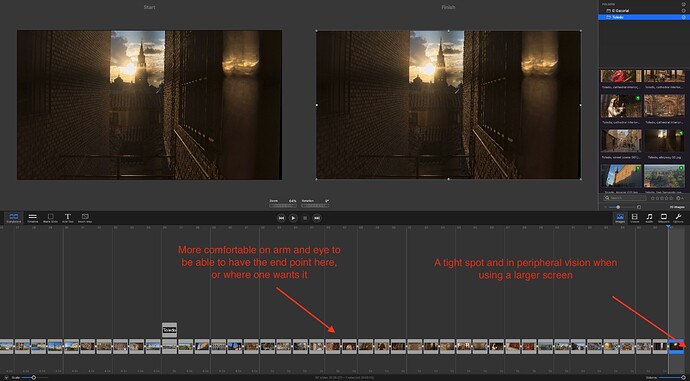 I hadn’t noticed that before, but you are correct. The space to drag new images to the right of the existing storyboard is rather slim – ALTHOUGH – it is doable, at least for me. I guess I hadn’t noticed it because it has never been a problem. Maybe the guys at Boinx will see this post and consider a change to address the issue.

Perhaps I hadn’t noticed it before myself, but I have recently developed peripheral neuropathy and so my dexterity isn’t what it used to be. If you try dragging the storyboard to the left it just bounces back to the extreme right again. That’s even though the beginning of the story board has now disappeared off the left of the screen. I thought I was missing something, but I’m finding it massively annoying and have to take a break every few minutes as it tires me out.
I will send the screenshot to Support.

I have come up with a (partial) solution and just appended one of my end credits snippets, then a few blank slides, so can now drag and drop images a bit further in to my screen! 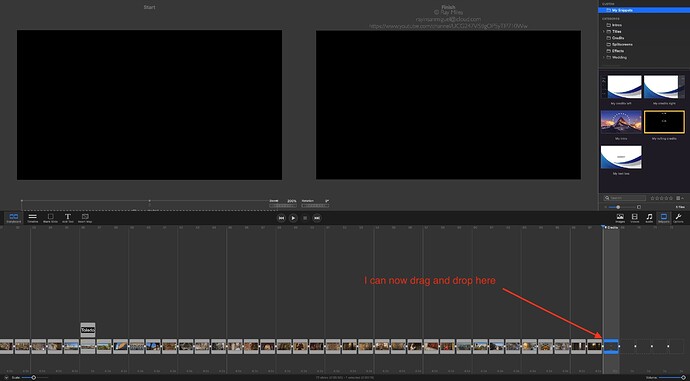