It isn’t running as smooth as I would like. I’m trying to do a show with 2 cameras and a Mimo call. The audio and video get out of sync immediately. Would adding an external GPU help? Or is there anything else i can do to make Mimo run better? 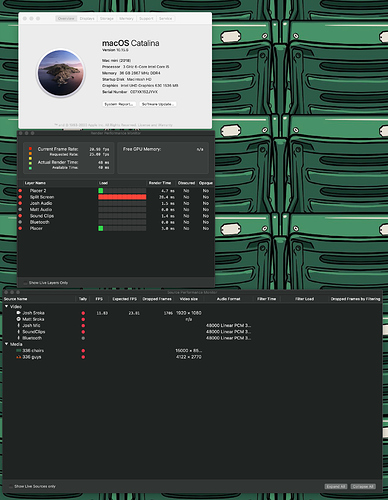 It says i5, here are my screenshots but of course I don’t have a mimocall going right now

I think a few things would help:

Can you share what the Split Screen contains because that is using all the computing time that you have. However, that doesn’t mean that the split screen is doing a lot it may be that the video is used for the first time and has to be decoded.

Thank you for the feedback. I wondered if the 4k monitor was using too much bandwidth. The graphics make sense i can render them smaller and i will research what egpu to add. Thanks.