I’m using live preview with a Canon Rebel xsi. The preview shows the correct image, but when I hit the red button to capture, the capture image is rotated at a 90 degree angle and zoomed in.

Any ideas on how to fix this? Thanks for your help!

I have a similar problem. I tried the isight camera from the Macbook Pro and a video camera via Blackmagic UltraStudio Mini Recorder and the capture image is always flipped horizontally. 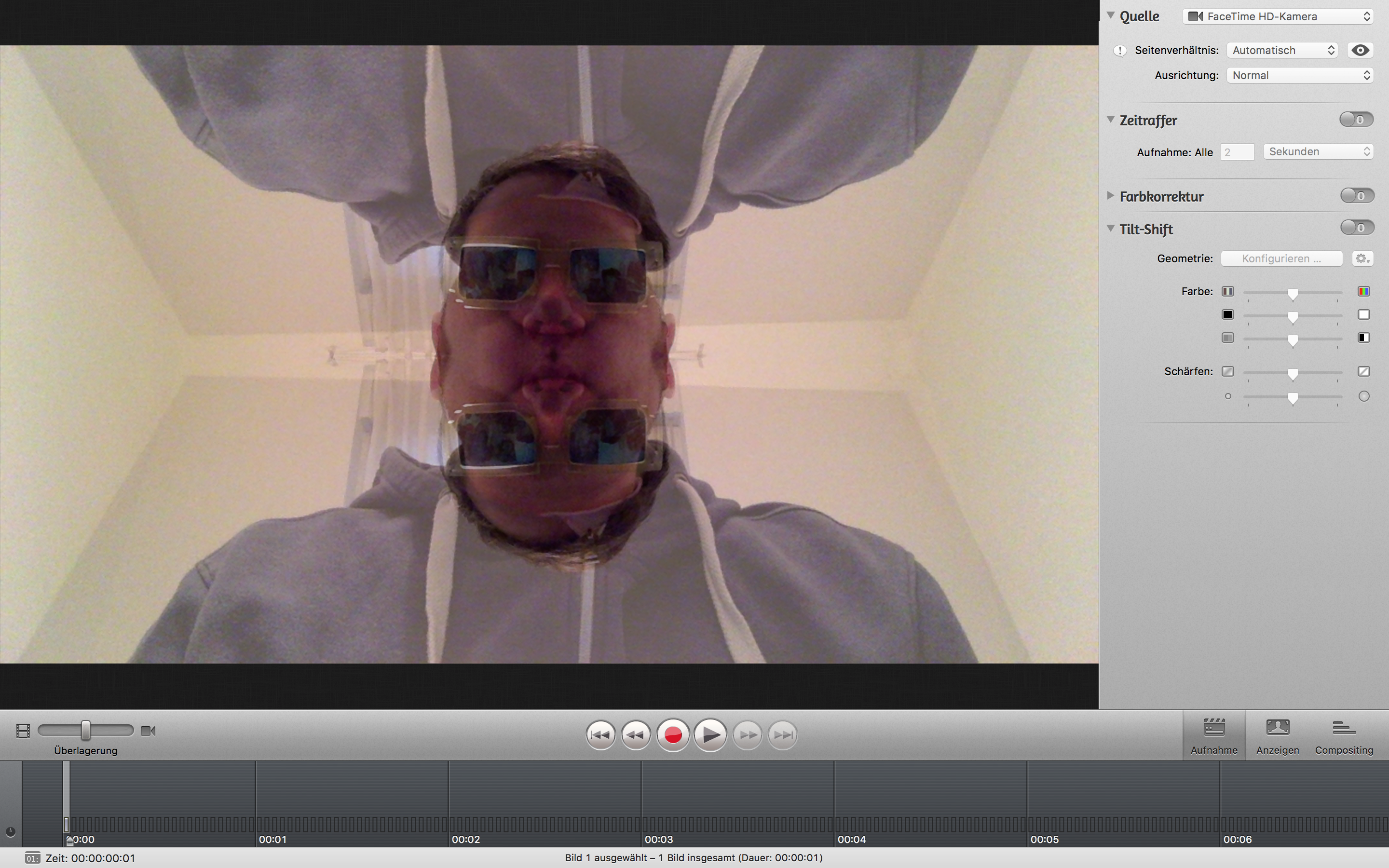 We are working on a fix for this issue. A new version of iStopMotion for Mac will be available later today via Update.

If you have purchased iStopMotion through MAS, it may take a few more days until Apple has finished their review process.

the issue above, should be solved if you update to iStopMotion 3.7. which is available through iStopMotion Update or MAS update.