I have a Mac currently running on BigSur 11.2.3. I have been using the Ultrasound Mini Recorder with MimoLive for over a year and with BigSur for several months. One day the Mac detects the mini recorder and then the next day it does not. I have been on the phone with both Apple and Blackmagic for hours. I have uninstalled, reinstalled, and again several times. The mac will not detect the mini recorder. I have tried it with 2 different mini recorders and different cables. Nothing. Does anyone have any idea how to correct this?

And there is no chance, that the device is damaged?
So, at “about this mac” => “System Report” => “Thunderbolt” the device is not listed?

Did you change your Mac to M1-chip?
TB2 over TB3 adapter does not work on M1. And never will be. Upgrade to a TB3-model.

Thunderbolt is listed in the system report. When I go to system preferences and click on the Desktop Video, it says “No Device Detected”. I did not change to M1-Chip. I have tried two different connectors (I have two cables). I will try the 15.1 and also check the BMD-Drivers. Thank you!

You’re welcome. Btw: Blackmagic Design Desktop Video: I use a DeckLink Quad 2, which works fine, as long I use 15.1 - All versions later are causing troubles with it. Earlier versions cause also troubles. So maybe this helps. Make sure that the Security tab does not block it.

It doesn’t even show up in the security tab. I remember this from when I updated to BigSur from Catalina. Even the people at BM were stumped! It’s just weird…one day it worked, the next day it didn’t (and nothing changed). I’m going to download 15.1 and see if that works. I’ll keep you posted. Thanks!

So I just realized the highest version is 12.0. Which version are you running on BM? 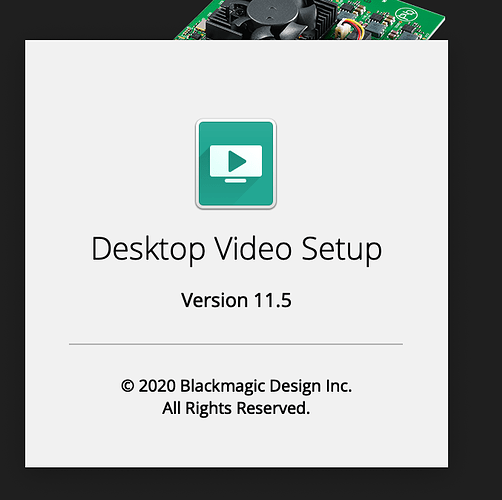 So as I am downloading it, it tells me to click “allow” in the Security and Privacy…but it’s not there for me to click. 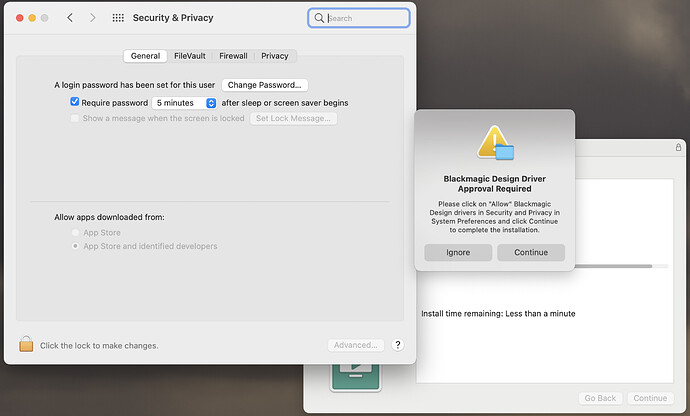 Maybe it appears when you continue… Maybe it’s already allowed.

Yeah…it doesn’t work. It won’t let me continue. Thanks for trying! If you have any other suggestions, I would love to hear them!

I’m not able to read your thoughts. I’m also not able to predict the future. I have no Idea about your Mac’s configuration nor anything else.

If you have troubles with the user-rights- and/or security-management, please contact Apple.

Else: Do a fresh install of the operating system on your Mac and try again.

Unfortunately, I have contacted Apple and BM. I have also reinstalled the operating system. Again, thanks for trying.

Ok, then stay on Catalina, as long as Boinx recommends BigSur officially. Now you have a phenomenon, which you’re able to describe to Apples support. “This does not appear in the security tab.”

How do I go back to Catalina if I’m running BigSur? Is that possible? 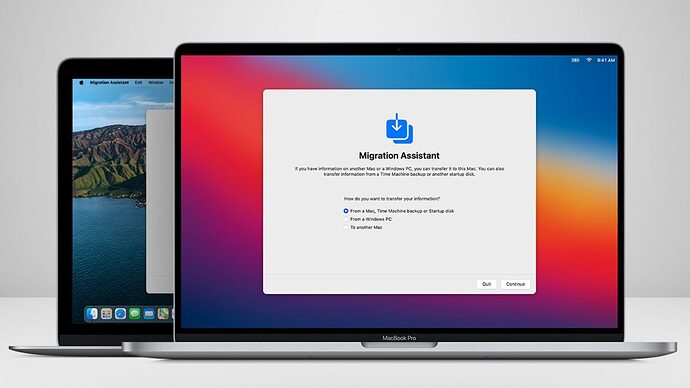 How to Factory Reset a Mac

Looking to reset your Mac to its factory settings? Here's how to wipe data from your Intel-based and Apple silicon-based computer and start over again.

I strongly recommend a backup, before doing this.

A fresh system means, the loss of all former data. Maybe your system has open dependencies. Sure, you could try to find 'em and solve 'em. But a factory reset is often the much faster way.

Finally, if this does not solve the problem, the chance is huge to have damaged hardware.

It will not appear after you have unlocked the settings by clicking the lock in the lower lady of that screen.

This seems to be a new behaviour in BigSur. In previous OS versions it would appear but greyed out until you unlocked the lock.